In the shadow of the great tablelands, near a remote Amerindian community in the lowlands of the Gran Sabana region of Venezuela, a small stream flows through a secluded vale. The bedrock of this creek is pure jasper, a semiprecious stone used around the world for jewellery and ornaments. The Pemón traditionally use the jasper as striking stones to create sparks to start fires and appropriately their name for this vale is Kako Paru, (Firestone Creek). 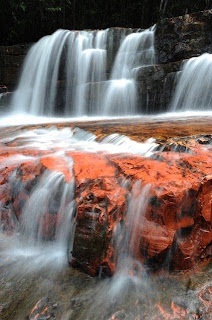 Usually jasper occurs only in relatively small deposits, but in the Guiana Highlands, the intrusions of magma into the sedimentary bedrock have led to the formation of immense slabs of the stone that sometimes are hundreds of meters long. In the most spectacular of all the jasper creeks, a small stream flows over a succession of low cascades which display different coloured layers of crimson, scarlet and orange jasper. In flat areas of the stream the water has carved parallel grooves and channels in the surface of the jasper bedrock and in the shelter of the grooves, black algae grow and form peculiar black strips which give the bedrock a striped appearance similar to tiger skin.

Many small streams throughout the Guiana Highlands cascade over layers of jasper or red hematite, but the Firestone Creek exposure of jasper is the largest and most spectacular of all. 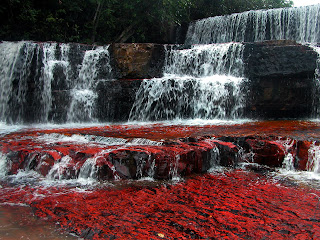 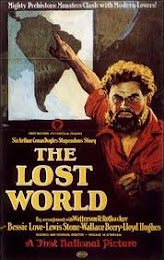